The Stories Inside the Walls We Help Build 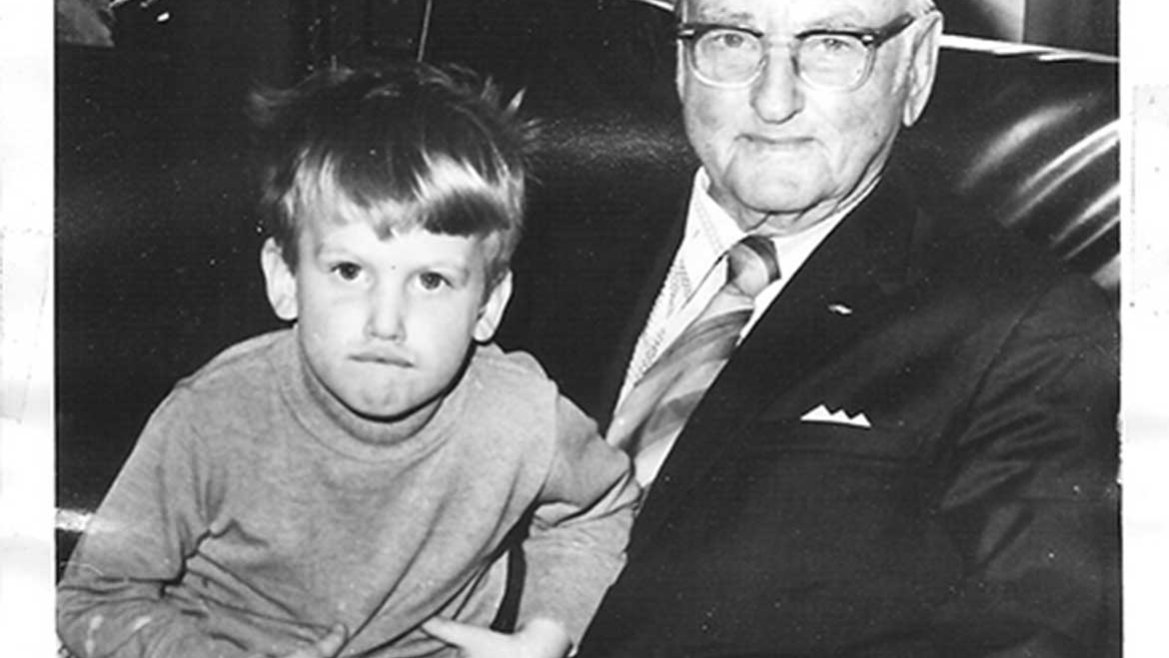 This time of the year I find myself reflecting on my life and especially on the relationships I’ve developed over the years. I have been fortunate to have lived in many places, to have had many unusual and rewarding experiences and to have met so many good people. Above all else, I’ve learned that every person has a unique story to tell and that those stories deserve to be shared with others.

My childhood was spent in a small town in Iowa. In the early years my father was an art professor at a local private college and my mother worked as manager/fundraiser for the Southeast Iowa Symphony Orchestra. Later, my father took a job at the local state-run mental health institute (MHI) as the Patient Activities Director and some of my earliest childhood memories include accompanying my dad to work – a place that was both terrifying and fascinating to a young boy. The mother of my childhood friend, Brian, also worked at the MHI and sometimes the two of us would be there–playing basketball in the gymnasium, snacking at the cafeteria, making things in the crafts room or just wandering the halls of the facility looking for things to keep us occupied. For those who have seen One Flew Over the Cuckoo’s Nest, one can imagine what the institution was like. There were rooms caged-off from the corridors with patients in pajamas and bathrobes trying to pass the time. Instead of Nurse Ratched, however, the wards were manned by people like my father and Brian’s mother–people that genuinely cared for the health, well-being and recovery of the patients therein. And instead of the criminally insane, the MHI was the home for hundreds of adults that suffered from various mental and emotional disabilities, including the intellectually disabled, dementia and substance dependency.

I remember one patient in particular, though I no longer remember his name.  He was probably in his 20s at the time, was missing his front teeth, and was intellectually disabled. My friend Brian and I would seek him out anytime we were together at the hospital because the young man was so kind and friendly. Sometimes we would find him in the cafeteria, and Brian and I would join him. I don’t recall what we would talk about but I do recall being very fond of this young man who was so delighted by the simple things in life. I never heard his life story but it undoubtedly would have included his time at the MHI–a place that afforded him both safety and security.

A patient’s life must have been terribly lonely even with the ongoing activities, parties, and trips my father would organize for his wards. Many patients appreciated when Brian and I would visit and would invite us to play checkers or pull up a chair to chat. I don’t remember the games or conversations anymore but I do recall the faces. They were the faces of unique individuals–each a with a fascinating story to tell.

At home, my family and I lived a simple life. Unlike so many of my childhood friends who had relatives all over town, my extended family was far away. Next door, however, lived the Spooners–an elderly couple who took a liking to me. I spent countless hours at their house eating popcorn and watching reruns of The Lawrence Welk Show on a black and white TV. With my own grandparents hundreds of miles away, Ethel and Lloyd Spooner were like my surrogate grandparents and would entertain me with imaginative games, golfing, stories and plenty of watermelon.

After Lloyd passed, Ethel remained in her home for several years before moving to a nursing home–a bland and sterile place. This new place had none of the hominess of the corner brick house she shared with Lloyd for so many years. My family would visit her from time to time and on one occasion she shared with me a synopsis of her life. Ethel was not native to Iowa, but had come to Iowa with her parents in a wagon from some easterly place. Ethel grew up on a farm and was introduced to an urban existence upon marrying Lloyd. Between her birth and death, Ethel Spooner lived through the beginnings of the automobile, the airplane and space travel and felt fortunate to have experienced an era of such rich discovery.

As a college student, I relocated to Portland, Oregon where my maternal grandparents lived. By this time, they had moved to Willamette View Manor–a multi-story retirement home overlooking the Willamette River that had facilities for independent apartment living, assisted living, and memory care. I would often come visit for Sunday brunch in the Manor’s dining room. It was a far cry from the nursing homes that I had experienced in my childhood–which was a great relief! My grandparents, Polly and Ivan Wurster, were social butterflies and loved to invite other residents to join us for brunch. Polly was a very bright person who enjoyed stimulating conversation and Ivan was a preeminent storyteller. Together, with a cadre of their interesting friends, our table was always abuzz with meaningful conversation and captivating stories. Polly and Ivan were rich in friends and companionship in those later years and Willamette View Manor helped provide for them the place and opportunity.

So, here I am now, getting near to my 2-year anniversary with Lenity Architecture and I feel fortunate. I’m fortunate because my employers remind me of my own family–people who care about the welfare of those we serve. I feel fortunate because my coworkers and I are able to play a part in offering dignified places for people to live out their later years. And I feel fortunate because I get to share in the stories of others. The facilities designed by Lenity Architecture are taking the place of the mental health facilities and nursing homes of the past. The locked cages are gone and the sterile environments are replaced by spaces designed to be comfortable and familiar–truly an extension of home. By now I have visited many Lenity Architecture projects in different stages of completion including a few facilities which have begun to accept residents. I have even overheard a few memorable stories. It makes me happy to see residents living in buildings that afford them the dignity they deserve and I look forward to hearing many more of their stories in the years to come. 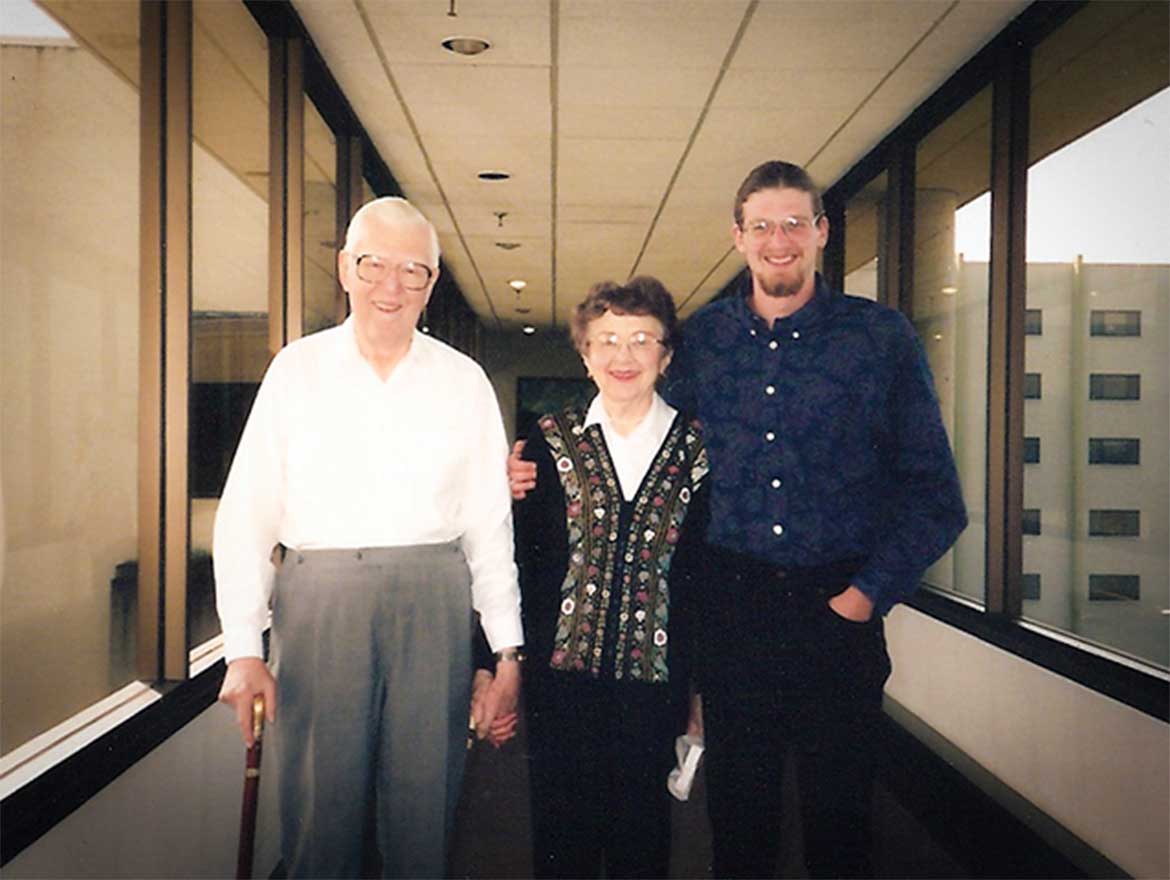