Local Architects on the Drawing Board with Cascade Business News 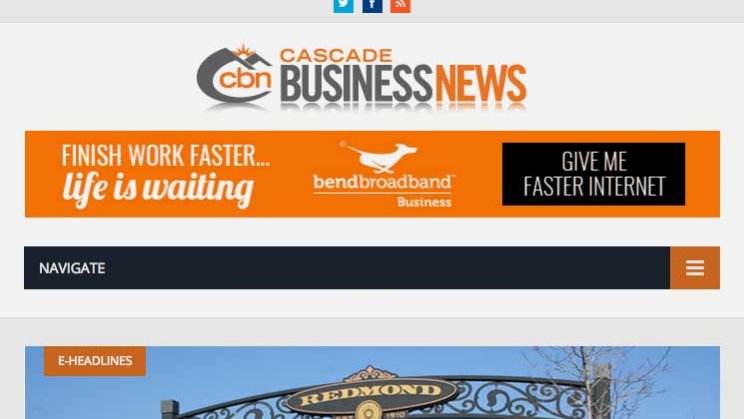 Lenity Architecture was recently mentioned in the January issue of the Cascade Business News–Central Oregon’s go-to publication for the local business scene. The article, “Local Architects on the Drawing Board” looks at Central Oregon’s growth in real estate development, construction and architecture from the perspective of local architectural firms.

Below is an excerpt from the article, and you can read the full piece here: http://goo.gl/XQwmrM

“We are excited to see property values going up in Central Oregon and are feeling optimistic about the upward swing of commercial development in the area,” says Cheryl McIntosh, Director of Marketing for Lenity Architecture. “The contagious energy of an economy slowly gaining its footing can be felt at The Sunriver Village where the recent major renovation has sparked interest in both new tenants and business owners.

The renovation initially included seven remodeled buildings and three new buildings. A new commercial space with a drive through, located near the Sunriver Country Store, is also planned and has already been through the appropriate approval process with Deschutes County and SROA. Also in the works is the Sunriver Brewing Company’s new brewing facility located in the Sunriver Business Park. When completed, it will house their offices and primary brewing facility. The newly remodeled restaurant will remain in its current location in The Village at Sunriver.”

Most of Lenity’s commercial work is in Oregon and Washington and the firm is also in various stages of completion on multiple senior living projects across the United States and Canada. Other projects include the recent completion of the Westriver Dental tenant improvement in the Mill Quarter Building, as well as the 20,000 square foot Sanford World Medical building (new construction) in Klamath Falls. “We’re also thrilled for the recently completed Chucks Produce Grocery Store in Vancouver and the Vancouver Hampton Inn which is currently under construction,” adds McIntosh.

“When considering trends and the outlook over the next several years, there’s no way to put a blanket prediction over how the industry as a whole will respond to the hurdles of the new economy,” says Marcus Hite, shareholder with Lenity. “What we do know is that by staying true to our company values, our mission and by continually putting the needs of our clients first, we’ve been able to weather the storm just fine so far.”